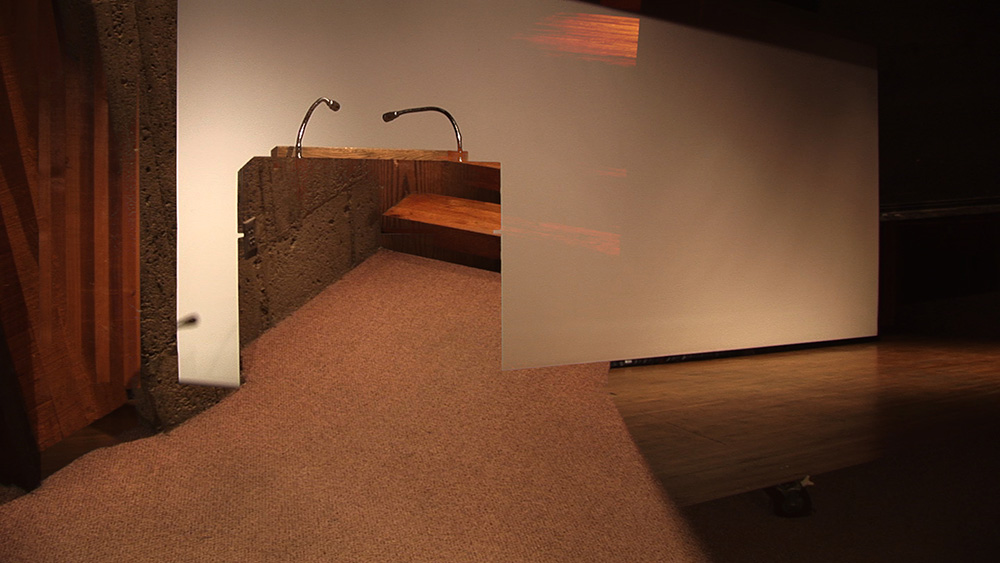 Still from Bernd Behr, Hotel Palindrome, 2006, 9min 27sec, High Deﬁnition video, colour, stereo.
Hotel Palindrome revisits Robert Smithson’s seminal slide lecture Hotel Palenque given to architecture students at the University of Utah in 1972. The talk, now in the Guggenheim Collection as a slide installation with his recorded voice, explored Smithson’s notion of a 'ruin in reverse' as it meandered through a half-built, half-destroyed hotel in Palenque, Mexico, where he stayed in 1969. Filmed at the lecture theatre in Salt Lake City, Hotel Palindrome invokes a dialogue with Smithson’s conceptual structure via the spatial condtions of its performance and the contradictory memories of two professors who were present at the talk.

Supported by The Center for Land Use Interpretation.