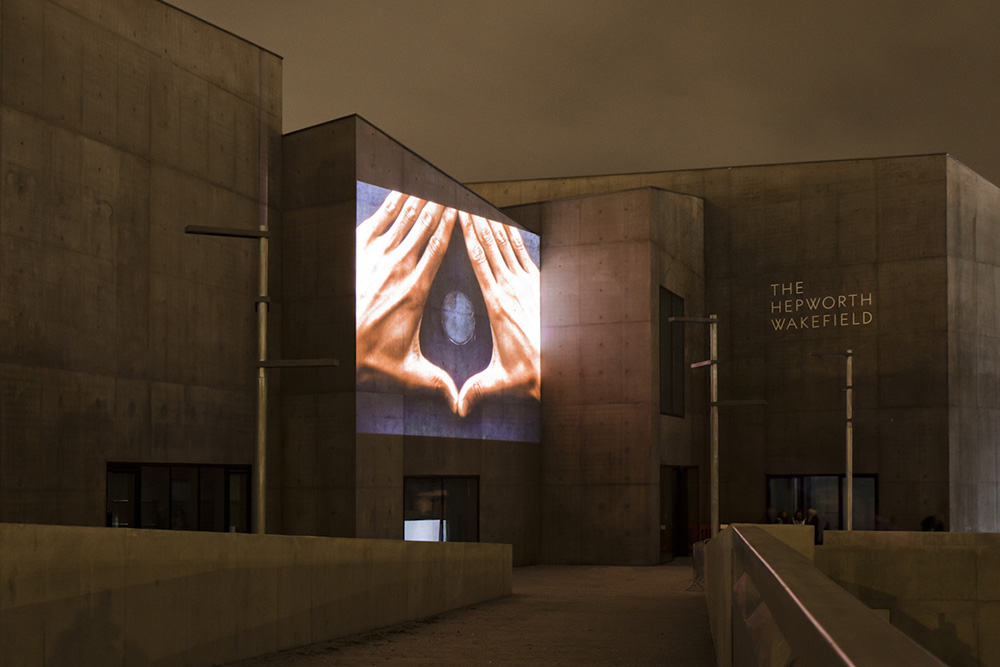 Bernd Behr, Contact and Concretion, 2011, 3min 23sec looped, High Definition video, colour, stereo. Installation view, The Hepworth Wakefield.
Performing an archaeological encounter with the concrete surface of the newly opened The Hepworth Wakefield gallery designed by David Chipperfield, Contact and Concretion enters pre-historic speculations shared by Figures in a Landscape, a 1953 film which placed Barbara Hepworth's sculptures amongst neolithic stone works in Cornwall. In reference to a key scene in this film, in which the camera tracks a reverse zoom out of the central cavity of one of Hepworth's sculptures, Behr's video performs an analogous movement on a full scale trial piece of concrete left over from the gallery's construction. Placed amidst the abandoned warehouses of the neighbouring riverfront that is yet to be regenerated, this prototype fragment is approached as both model and relic. The soundtrack features a field recording at a limestone quarry in the Peak District, the source of the building's cement.

Commissioned by The Hepworth Wakefield and Lumen.