Akeley Inside the Elephant

Bernd Behr, Akeley Inside the Elephant, 2014, 35mm film, colour, stereo, 6min 9sec looped, dimensions variable. Installation view, Kunst Raum Riehen.
Akeley Inside the Elephant features slow panning views across an undulating interior landscape whose surface is continuously being sprayed with wet concrete by a seemingly autonomous machine. Presented as a looped 35mm film projection, the work delves into the peculiar provenance of sprayed concrete, a material history which leads back to the proto-photography of natural habitat dioramas and specifically the pioneering taxidermist Carl E. Akeley (1864-1926). The foundational myth of sprayed concrete, also known as 'shotcrete', narrates its invention alongside the preparation of a pair of African elephants by Akeley while working at the Chicago Field Museum in 1907. Further compounding this 'taxidermic image' (to paraphrase André Bazin), Akeley later put his hand to re-inventing the 35mm motion picture camera: frustrated by the inadequacies of the bulky film equipment of his day for capturing wildlife in the field, Akeley worked on a prototype during his time at the American Museum of Natural History, New York, and eventually patented a working model in 1917. The 'Akeley Camera' embodied a milestone in the history of cinematography, with a series of novel features enabling the capture of fast moving subjects, and was quickly adopted by cameramen for field work, including notably by Robert Flaherty for Nanook of the North (1922). Paul Strand was another owner of this camera: having acquired an 'Akeley' in 1922 for his films, he soon turned it into its own subject in a series of reflexive photographs. In the spirit of Strand's photographs, the series Machinima 1-4 consists of large format black and white contact prints depicting details of contemporary robotic shotcrete applicators. Together with the large scale photographic diptych Topographic Obscenities, these works seek to enter a particular historical juncture between film and concrete, considering an afterlife for indexicality by speculating on shotcrete as a photographic emulsion. 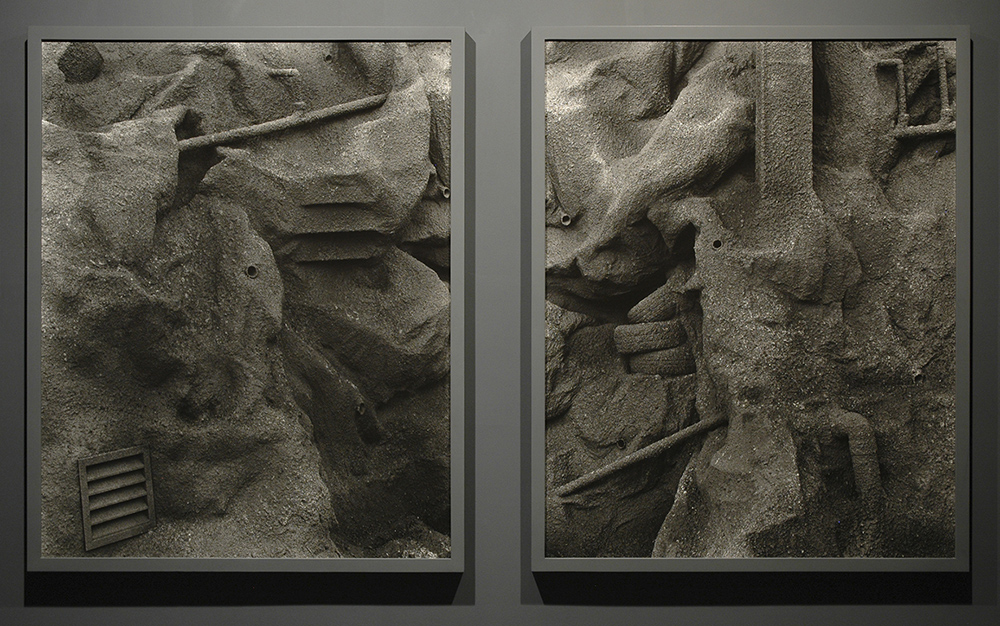 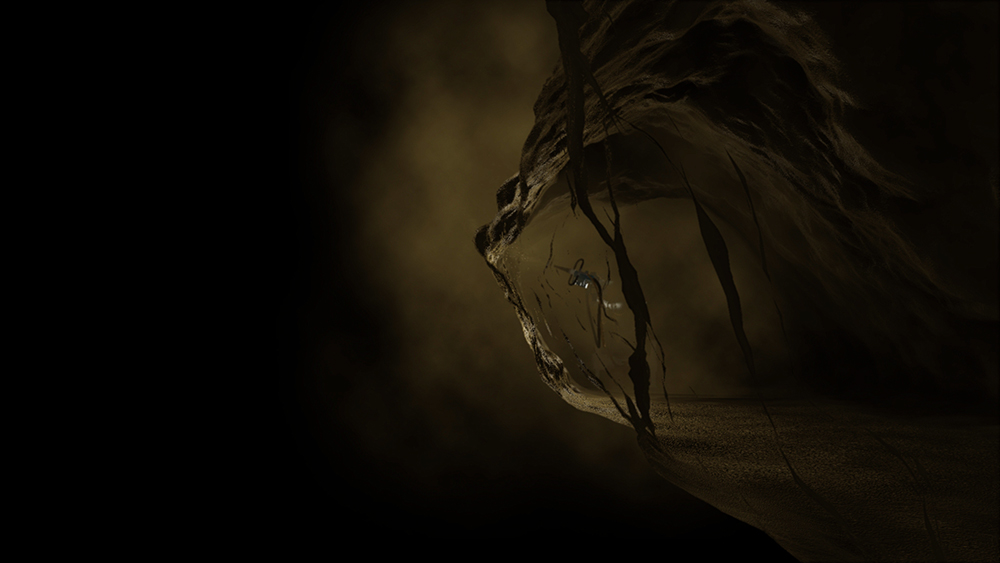