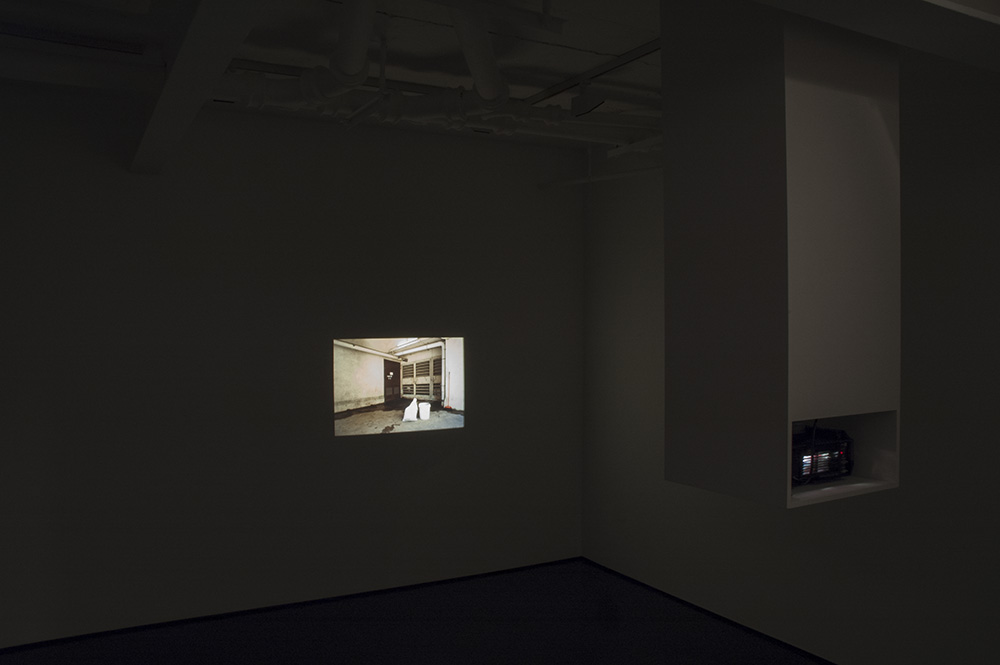 Installation view, Bernd Behr, Amoy Gardens, 2003/07, 35mm slide projection with audio, 34 slides, dimensions variable.
Amoy Gardens consists of a 35mm slide projection depicting 34 scenarios in and around the eponymous building in Hong Kong, a large-scale development including apartment blocks above a shopping mall. The complex became an epicentre of the region’s 2003 SARS crisis through a malfunction of its ventilation and plumbing systems, leading to a perpetual circulation of the virus throughout its interior. The timed, looped projection is accompanied by an audio recording of a young citizen of Hong Kong reading extracts from Exact Air, Le Corbusier’s treatise on hermetically sealed architecture (The Radiant City, 1933). The difficulties she experiences during the reading  re-invent the manifesto, generating a new contingent space of the narrated image between crisis and proposal.